Alonne Captain Set is an Armor Set in Dark Souls 2. Armor sets do not provide specific benefits, so players are free to mix and match their preferred parts to optimize their Builds.


Scholar of the First Sin Changed to:
The accoutrements of the Alonne Knights, who served the Old Iron King, were created with an advanced crafting technique. They remain solid and handsomely crafted.
The design is styled after the armor worn by an unusual knight who trained the Iron King's men in the sword. He was said to have deserted his liege after bearing witness to his descent into depravity." 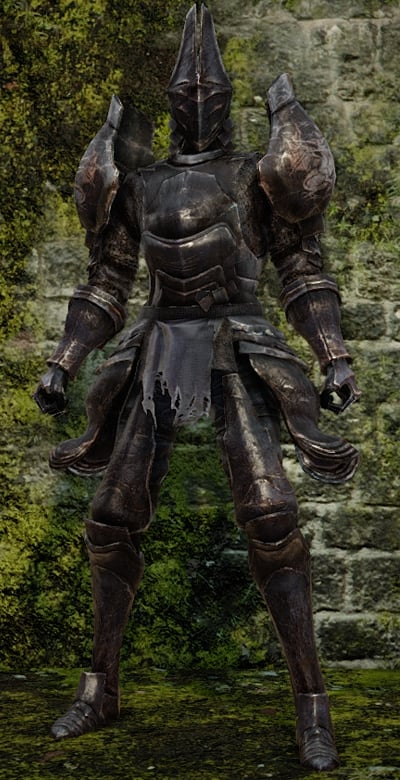