Bell Keeper is an enemy in Dark Souls 2. 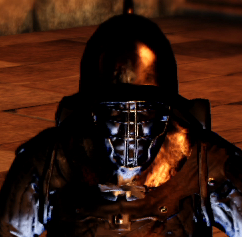 Aggressive little dwarves, dedicated to protecting the bell. They appear as grey phantoms and will charge you with their axes held high, be warned as they can hit rather hard. Some of them can use bows, while others wield firebombs.

The bells are the symbols of forbidden love, and the marionettes who defend them do so with zealous passion.They've been watching over, and ringin', the bells forever. If you seek to stop them, or to ring a bell for yourself, you'll have to face these tiny terrors