Abandoned Hollow (Captive Undead) is an enemy in Dark Souls 2. 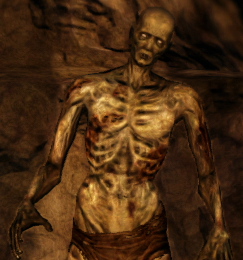