Chances are you might have been around Drangleic a bit by now, and you might have gotten a bit bored or aggravated by the current trend of hexers and brutes in PvP who make inappropriate gestures at you when you die. If you have, trust me, you're not alone.
However, that doesn't mean you should put down the game just yet. As you will see below, the game never truly ends for anyone – it only gets more challenging. If new game plus wasn't enough for you the first hell-knows-how-many-times, there are still some challenge runs for you to try out.
So sit down, relax, and find out some all new ways to indulge your sadomasochistic side!

If you haven't heard, From Software took one look at the maddened state of the forum goers that had created the ‘No-Bonfire Run' and decided to, well… run with it. This is one of those runs that doesn't just give you a sense of accomplishment, it will unlock the Illusory Ring of the Exalted.
So what's the big deal with the ring? The ring in question actually allows for you to turn anything in your right hand invisible, thus making you one of the top five most annoying things in the player versus player world. So have fun on your journey without rest and remember; using this with Santier's spear might just make you worse than Stalin. 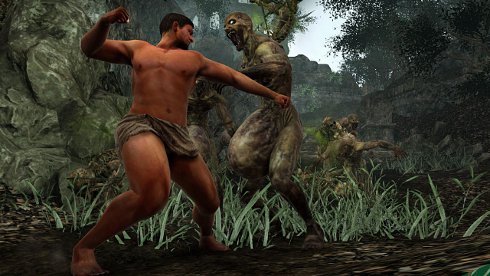 Relatively straight forward, a run that would challenge you to be the next Street Fighter champion. Since the damage of the fists has had a bit of an upgrade since the original game, and since this exists, a run through the game without your favorite weapon seems to now be in order. However, keep in mind that rings are still readily available for your bruised knuckles, if you can get to them. 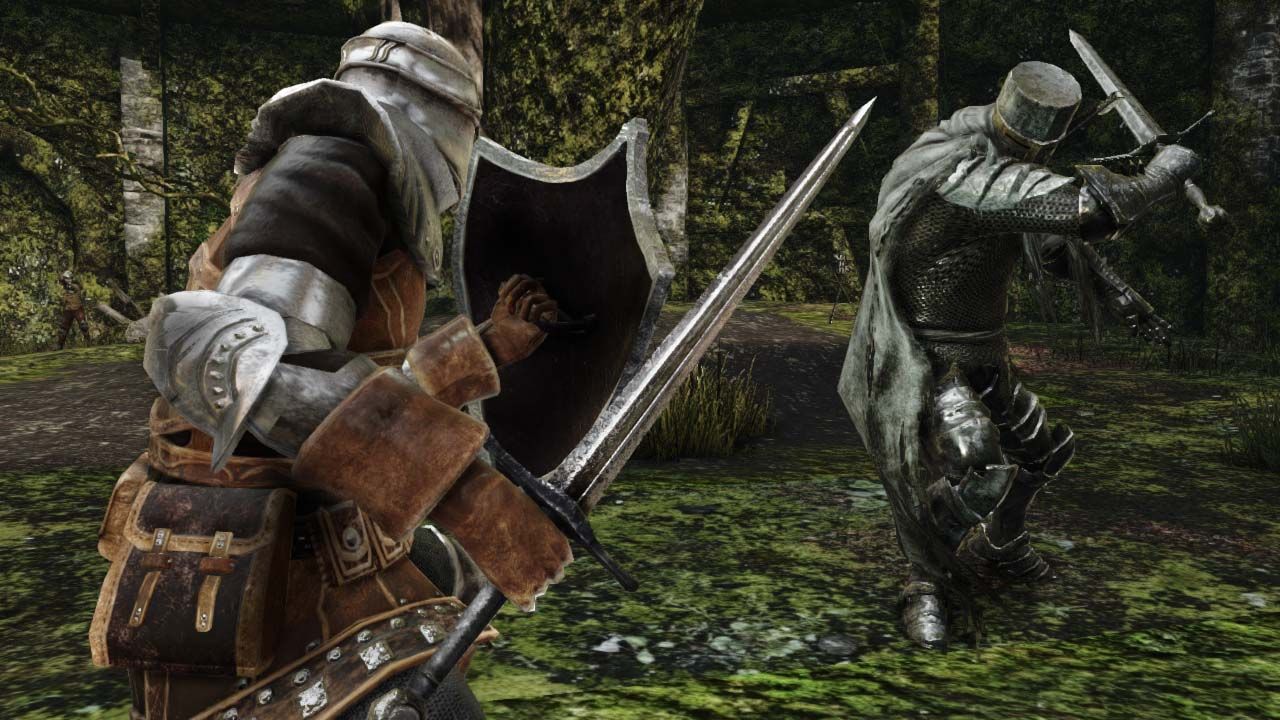 This challenge consists in venturing into Drangleic as a Human Being, and being so, limited to your own flaws as one.
Restrictions:

You may choose any class you wish, however, choose carefully. Your beginning stats should be the ones you will carry on until the end of the challenge. No restrictions beyond that. You may upgrade your gear/kill NPC's/Spend your souls on whatever you wish, according to the rules.
These restrictions will force you into the following conditions: 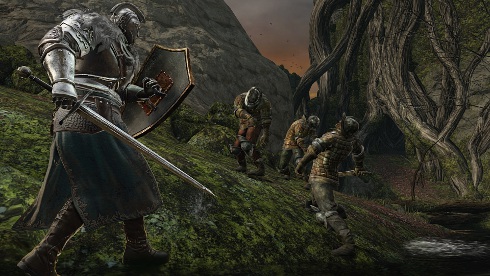 An essential part of getting throughout the level is knowing how far you are from dying by the guy in the next room, who might have a weapon that is bigger than you are. This run would take that away removing your health bar, stamina bar, and everything else you confide in when you normally fight your surprisingly slow enemies. Though everything else is permitted to be used, this might bring a bit of a challenge to any new player that has yet to mess around in the options menu. 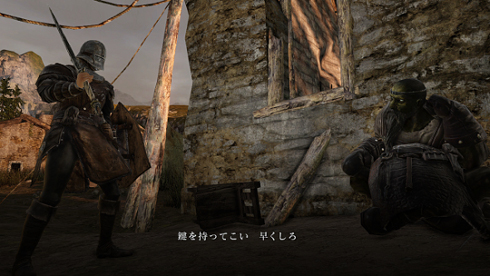 Has anyone noticed that Lenigrast is right by an open window in Majula when we first see him? Yet, we still have to throw away 1000 of our hard-earned souls. Yeah, screw him; we can get through the game without his fancy and incredibly helpful weapon upgrades. So instead of doing the sensible thing and helping out that other Blacksmith, let's just make it harder on ourselves and not upgrade our weapons at all. Why you may ask? Well, because this is Drangleic, and the only thing more popular than death is going mad. 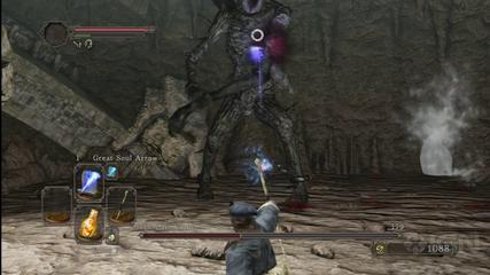 This is without a doubt directed towards the incredibly new players that used phantoms the first time around in this game. So here it is: Whether we're talking about NPC phantoms or competent player-used phantoms, you're connection with them is now gone. Now go through the game again without their help. 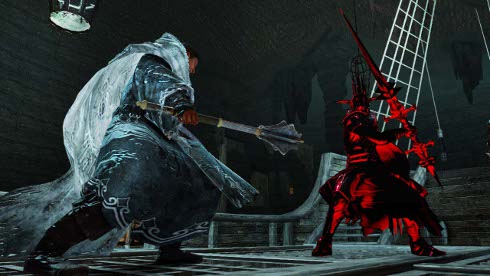 This is a strictly NG+ run right here, seeing as so much player versus player goes on in NG+. For this run you'll need to grab a ring called ‘Delicate String' from an odd bloke that you find after the fight with the Undead Chariot. After you've entered into your second time through Drangleic, put the ring on and meet the community. Because of the ring, players will start invading you much more frequently, which will definitely hone your PvP prowess – and probably cause you to invent a whole new list of curse words and insults. 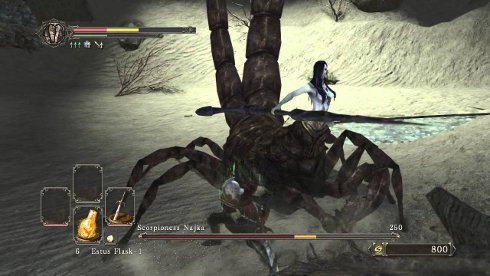 You might know that there is a stone right outside of Majula that let's you enter a covenant. You might also have figured out the hard way that entering this covenant makes the game enter into NG+ if you're on NG. So after figuring out that bit of information you probably left the covenant, well start a new game up and join back in you pansy because this whole article is about trying to get you killed as many ways as possible. 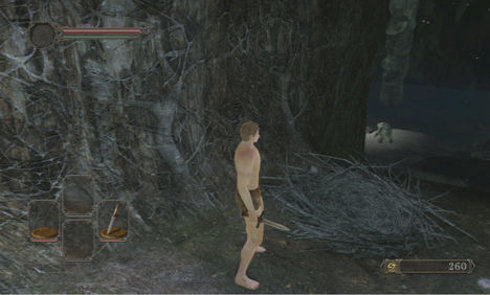 Assuming you've put a lot of hours into this game already you might not have that much shame left in you, so take off your clothes and do it again. You heard me, now that you've done this once you should be able to do this again without that shiny armor of yours on. Just think of this as practice for the next challenge run on this list. Enjoy the breeze! 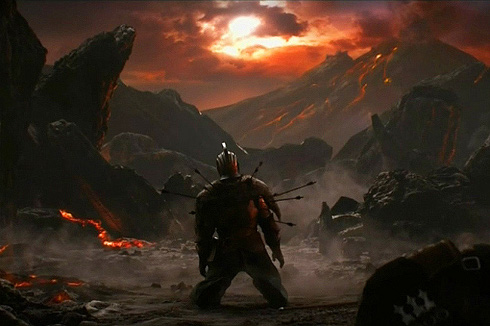 Yup, this is actually possible. In fact, as many know, there is an actual ring that can be unlocked just like the no-bonfire run after completing the game without dying. So hopefully you've got some time on your hands so you can sit in your dark room and do this all over again, because the Illusory Ring of A Conqueror ring makes whatever you're holding in your left hand become invisible. Totally worth it, right?

Here to drive you crazy is the second to last run on this list. Here bonfire ascetics will be your best friend and Lucatiel as a phantom will be your worst enemy. Here you'll find yourself having to collect every piece of armor found within the game whether it be rare, common, or unique armor before you square off with that last boss at the Throne of Want you'll have all the options to look as fabulous or downright ugly as possible. 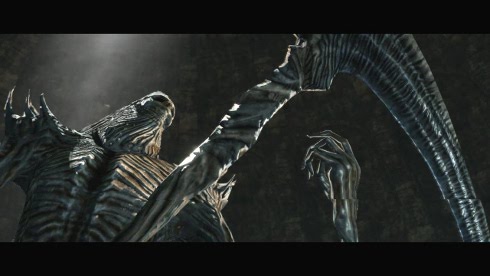 This might be a bit unique to the list, so let me explain a bit about this run. Here you'll find yourself at a constant health rate of fifty percent so the punishment for death will haunt you throughout the rest of the game. Along with this there are a few other things will also be imposed on you through out the run like:
Also, yes, while this run was in construction I was imagining someone crying over their fight with the Royal Rat Authority while doing this.
View the Discussion **Make A Comment**


• Begin the game as Deprived.
• You may not level up. You must stay at soul level 1 throughout the game.
• No other restrictions.


• Begin the game as Cleric.
• Your only method of dealing damage throughout the game is miracles.
• You may kill things by forcing them off ledges (Dragonrider for example).


• Use This method or any other way to get the Agape Ring very early.
• You must not exceed 39 999 Soul Memory the entire game.
• No other restrictions.

•Y ou must use the redeye ring through the game.
•To get the ring you have to cheese the dragon rider in heides tower of flame to get the souls for the ring.
•Go to the cat in Majula to buy the ring and you are good to go.


•You are only allowed to kill Boss monsters
•No farming with suiciding enemies.