Charred Loyce Set is an Attire or Armor in Dark Souls 2.

"Charred Gauntlets of the Knights of Loyce, burned black by flame.
These Knights of Loyce plunged into the old Chaos with their lord, and lost their sense of self. To this day, they still burn in agony, alongside their once-proud king." 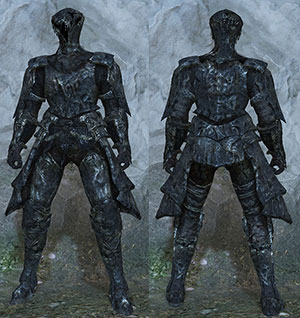