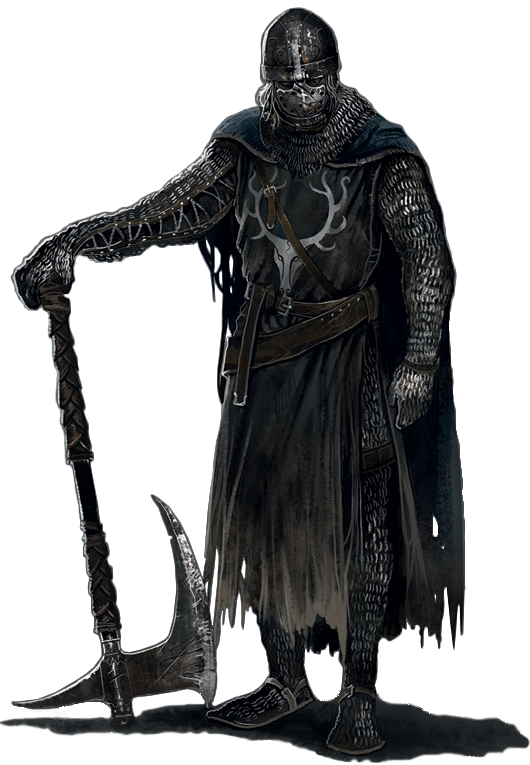 He is a wandering swordsman from the land of Mirrah who was tricked and is found locked in a jail cell. Upon freeing him he will tell you who he is and what his goals for revenge are. He moves around the country in search of the man who backstabbed him.