Cave of the Dead Map

Full Cave of the Dead Walkthrough

The Cave in the Cave of the Dead

From the Priestess' Chamber bonfire in Shulva, enter the cave and at the end of the corridor to find a fog gate. Cross it to enter the Cave of the Dead. Drop down the ledge, and if you are in human form, find two NPC summon signs for Rapacious Andrei , and Ruined Aflis . Drop down the next ledge and you will find a room with 3 Sanctum Soldiers, many Petrifying (red-eyed) Statues, and a few holes in the ground. Kill the enemies before dropping down the second hole on the right.

You will be in a room FULL of Petrifying Statues, and a few  Poison Statue Clusters and Sanctum Soldiers. Navigation is hard, but there is only one exit in the room, the aforementioned hole the player has to drop is the closest one to the exit. In the room there is a metal chest that contains 3x Petrified Something , a corpse with 2x Brightbug, and another holding 3x Bonfire Ascetic . 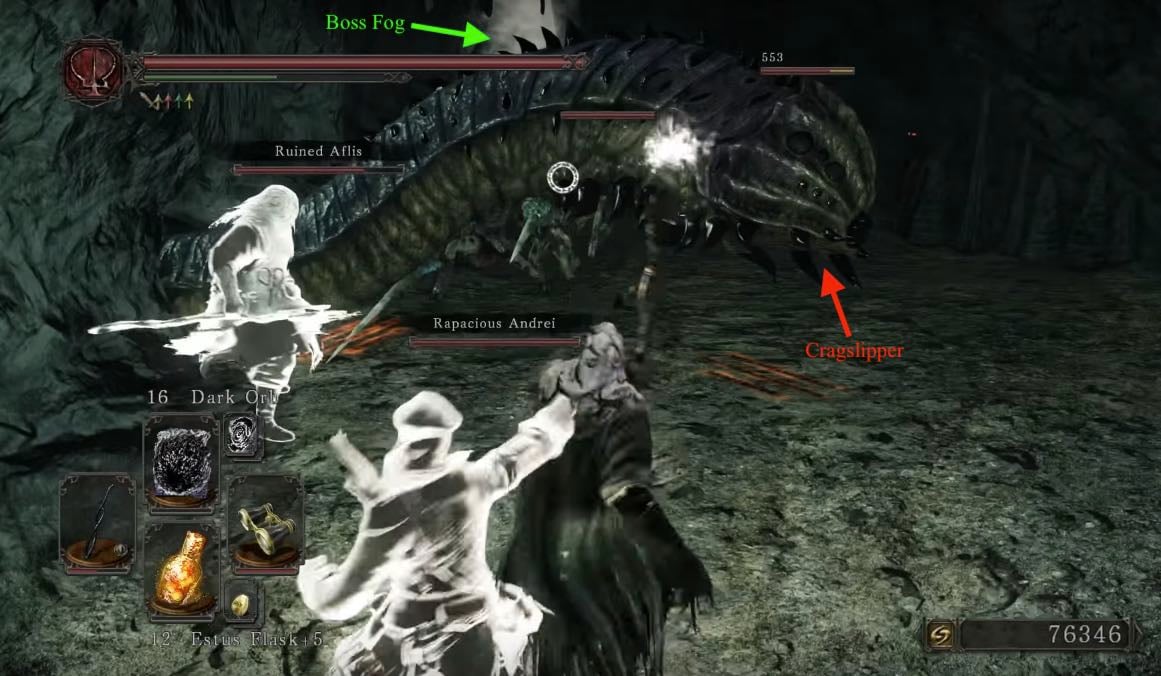 After killing all these enemies, enter the fog gate for the boss fight(s): 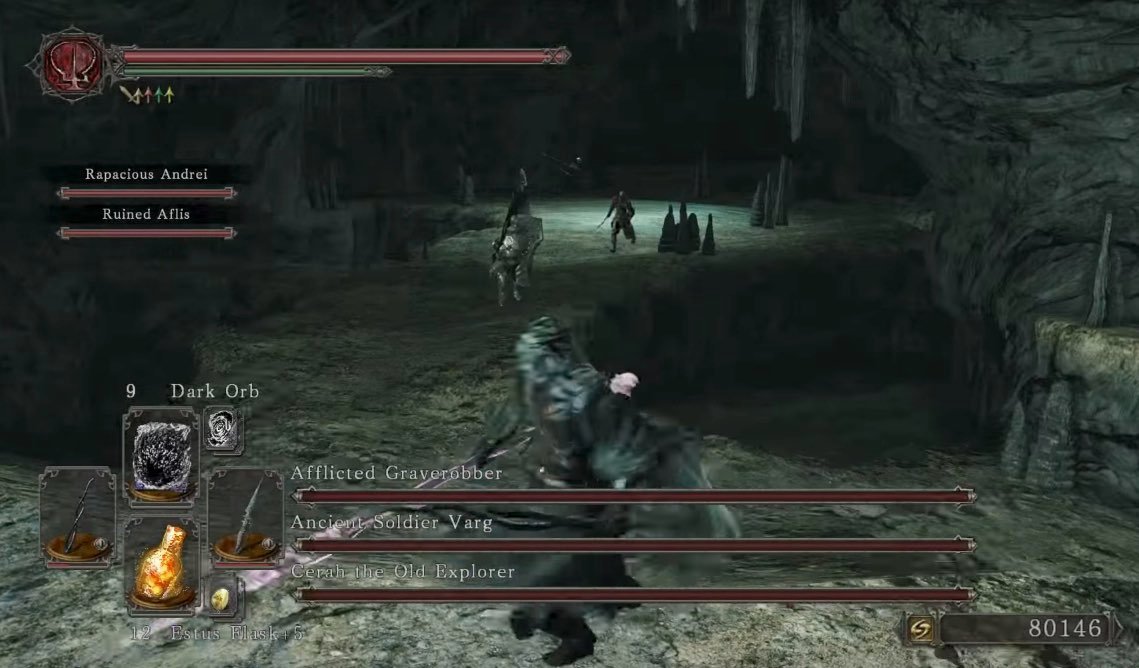 Calm after the Storm

Killing these bosses will give you a total of:

Go to the opposite side of the entrance of the room and you will find a chest containing a Flower Skirt , and a corpse holding 3x Blackweed Balm . To exit, you can simply use a Homeward Bone or Aged Feather or fall down the hole in the end to drop into the area where you found the  Dark Greatsword hex. 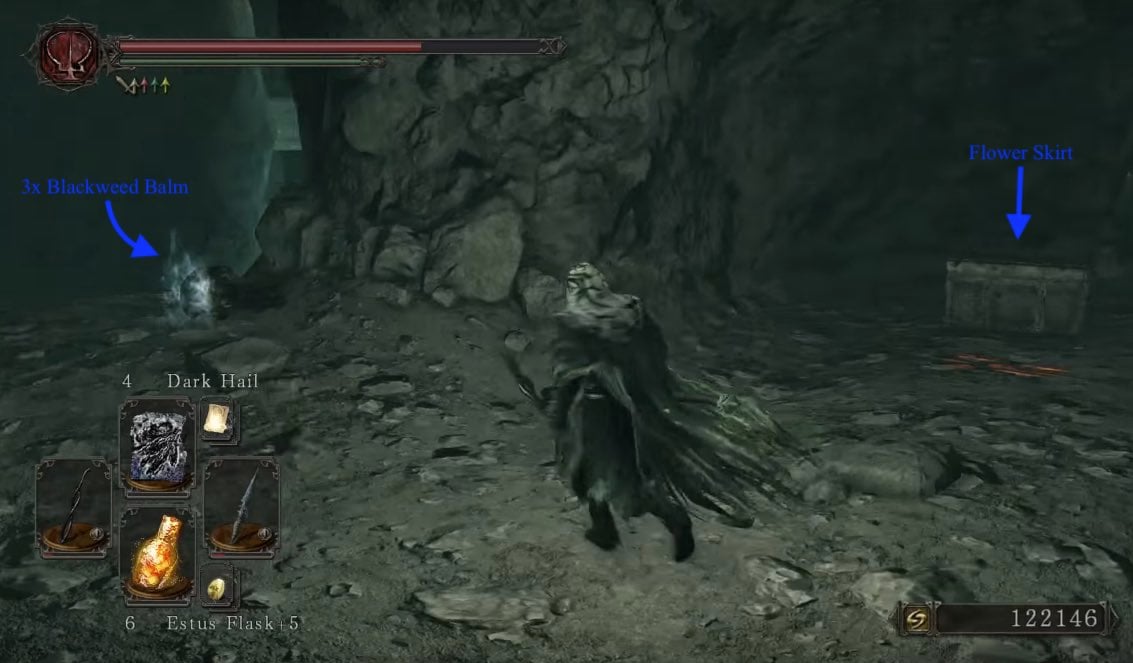 From here go back to the body that had the Torches and jump to the platform below. From the platform roll down to the entrance of the building, take the elevator and you'll arrive back at the bonfire.