Flame Lizard (Flame Salamander) is an enemy in Dark Souls 2. 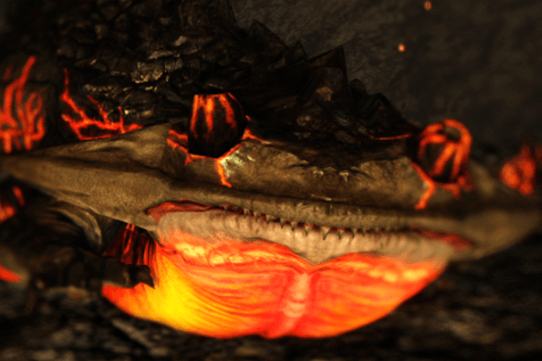 Flame Lizards are enemies in Dark Souls II. They are first encountered in a tunnel found by jumping off a ledge near Cardinal Tower bonfire.

They can be seen again in Memory of the Old Iron King as regular enemies and Iron Passage as statues.