Havel's Set is an Attire or Armor in Dark Souls 2. Armor sets do not provide specific benefits, so players are free to mix and match their preferred parts to optimize their Builds.

"A helm (armor/gauntlets/leggings) as if hewn from a giant boulder.
Offers stupendous defense, but weighs a ton.
The origin of the name Havel is not clear.
Some say it was  the warrior who wore the armor,
but others say it was the name of a great kingdom ruined in a barbaric war. " 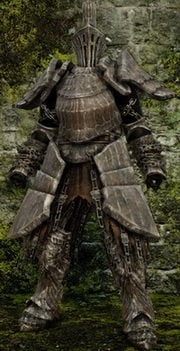