Getting to the Gargoyle 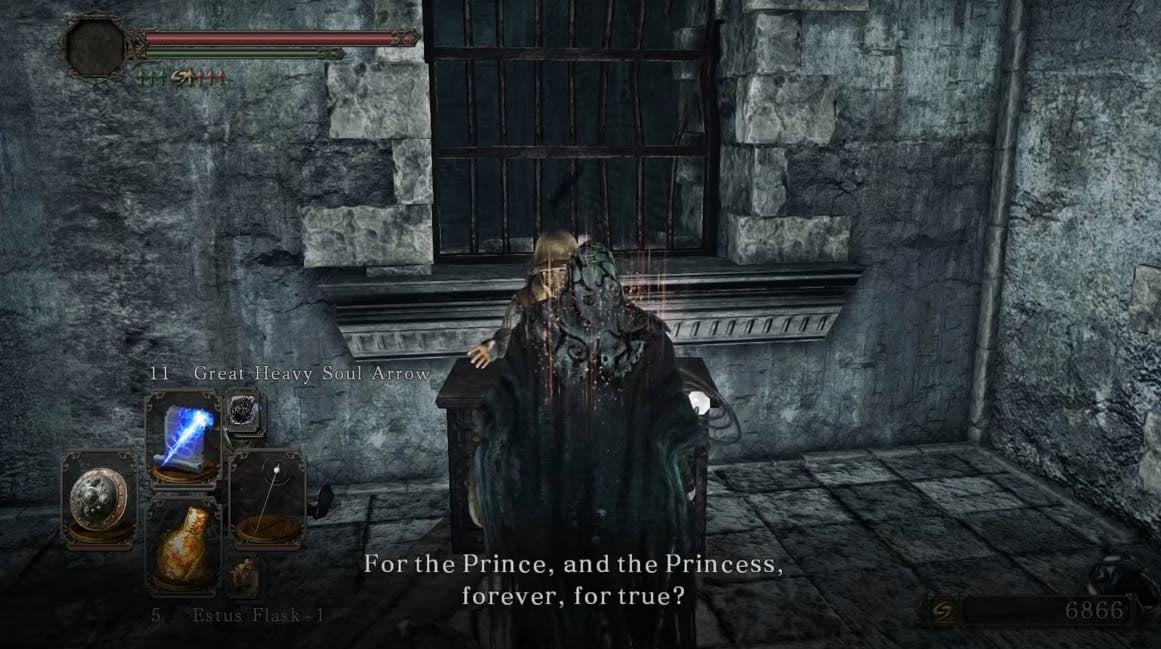 Once dealt with, look for the hole near the middle of the room and drop in. You'll find yourself in the room blocked by the pile of dead keepers. Open the nearby chest for a Blue Tearstone Ring. On your way back to the staircase, you will also find a corpse with a Skeptic's Spice. Under the staircase that leads to the third floor, there is a summon shade sign for Masterless Glencour. On the third floor, you'll find 2 more Bell Keepers, and a fog door blocked by some bars and a ladder. At the top of the ladder you'll encounter yet another four more Bell Keepers, with the possibility of another invading bell keeper. To prevent being overwhelmed, immediately run behind the pillar next to the ladder, and kite the two Keepers until dead, then pull the other Bell Keepers, one at a time. Blocking is not recommended as they still do considerable damage through shields.

After they have been dispatched, you can grab 2x Radiant Lifegem and 2x Twilight Herb from the nearby chest, and another Skeptic's Spice from a corpse leaning against one of the corner supports. After the bell is rung the fog door leading to the boss can be accessed. 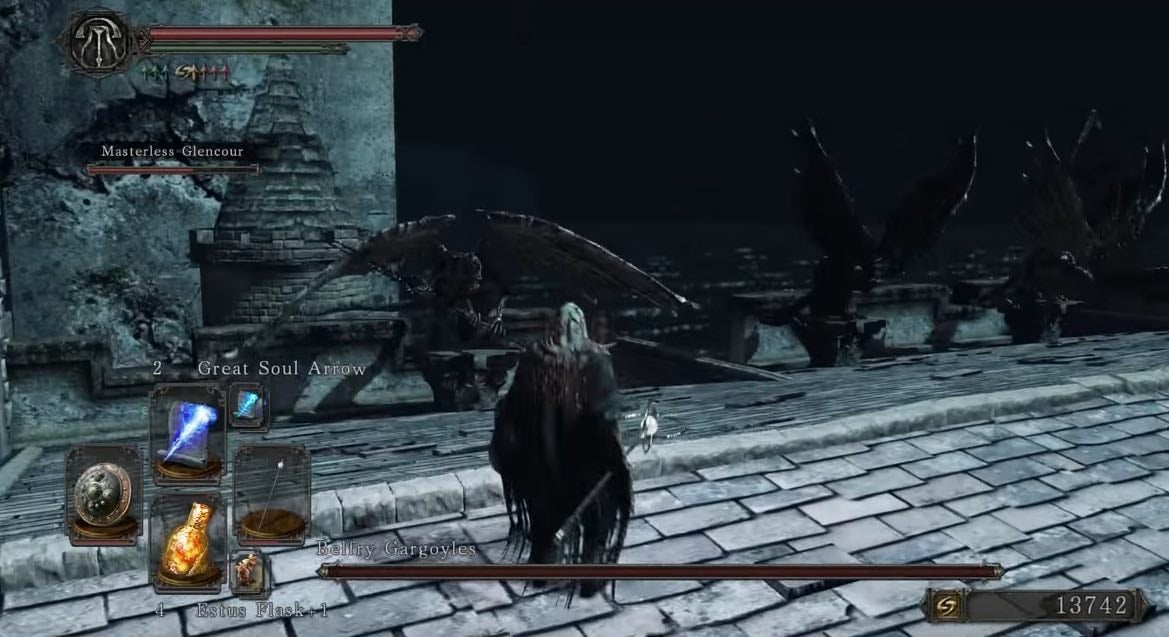 After the fight look along the roof's edge to find a Soul of a Proud Knight. Inside the other tower is a set of stairs going down to a chest, which holds the Southern Ritual Band. Proceeding out the door, you'll see a Bonfire at the end of wall and next to it a ladder leading down. At the bottom is a large pack of Stray Hounds. If you wish to engage using melee, slide down quickly to avoid the dogs bunching up at the bottom. Then run up the stairs and kill them one at a time. If too many pile up at once you can jump down the stairs. You will sustain  minimal fall damage, but normally it's worth it.

If you wish to use ranged attacks, get the dogs attention and climb back up the ladder. The dogs can be auto-locked from the top of the ladder. Once you are at the bottom a NPC black phantom by the name of Vorgel the Sinner will invade. He attacks rapidly with a spear, but is considerably slow. He is relatively easy to kite with ranged attacks, but you may find yourself running out of stamina if you try blocking with a shield. He drops Human Effigy when defeated. 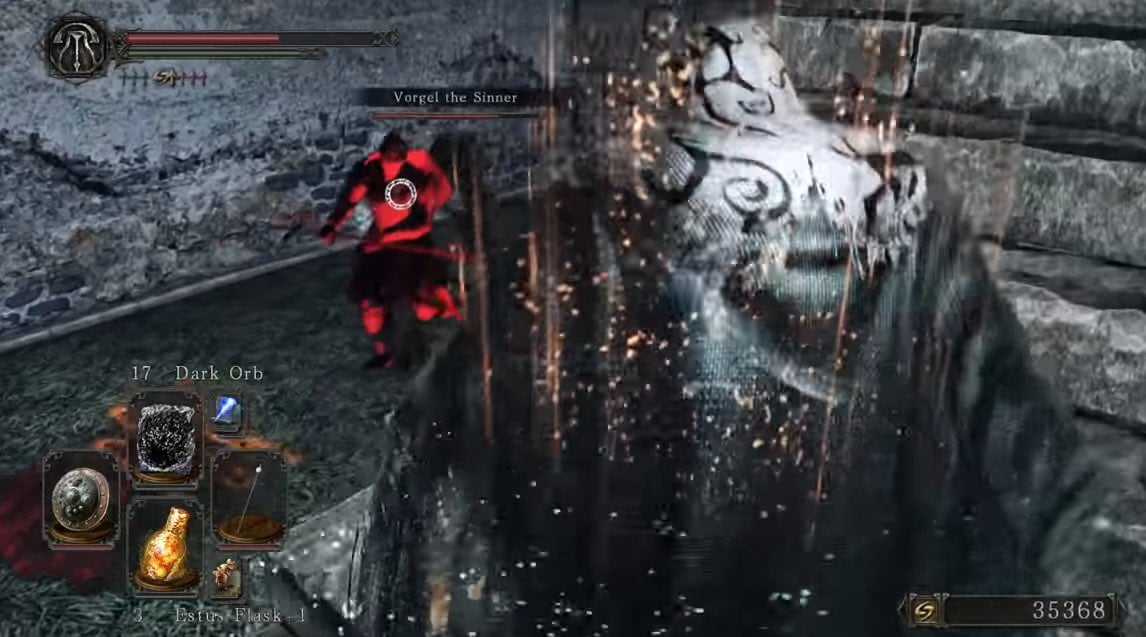 After the dust has settled go to the other end to find a Petrified Something, a Brightbug and the Dragon Tooth in the short tunnel, and an Enchanted Falchion on the body at the top of the steps.