First, what is poise? Poise is an invisible bar that lets you not get staggered when you get hit by an attack. As long as you have more poise in your bar than the attack will damage your poise for (even 0.01 more), you will not be staggered, except in special cases that I will go over later. It does not matter how much more poise you have, as long as it's more. When you are in an attack animation and your poise allows you to not get staggered, the attack will go through as if nothing happened. When you are standing still, or walking, or running, getting hit with enough poise will put you in a half stagger animation where movement speed is slightly reduced, but you are not prevented from performing any actions. Poise damage is exactly the same in both instances above. The only difference is the half stagger animation.

Poise damage is only reduced on a glancing blow. A glancing blow is when you for example hit with the very tip of the weapon and it does reduced damage. I haven't done that much testing on them, but it seems that the percent of poise damage reduction on glancing blows is maybe proportional to the percent of regular damage reduction. Note that some weapons, such as spears, will do the most damage at the closest distance and won't do as much where you would think that they would.

Stone ring adds 30 poise damage to every attack. Every time damage is dealt, 30 is added to the poise damage that damage instance normally deals.

Let's do an example on why poise is effectively nonregenerative. You are fighting with 55 poise and your opponent hits you with a 1H R1 of the Rapier. Your poise is now lowered to 20 and you are not staggered. Let's see how long it would take for your poise to come back enough to not get staggered by the next attack. We need 15 poise to regenerate to be above 35 poise. 15 poise divided by 0.56 poise per second gives us the amount of seconds it will take. The calculation comes out to 26.8 seconds. Poise regenerates so slowly that the only good way to get your poise back is to get hit down to 0 poise to allow it to instantly reset.

There are many attacks that have a poise damage value and subtract from your current poise, but will normally always stagger you. The only time they will not stagger you is when you are within hyper armor frames, which I will go over later. The attacks with this property are all highlighted in red on the spreadsheet. Let's have another example of how this can affect you. Once again, you have 55 poise and you opponent is 1 handing the Rapier. He hits you with a rolling attack, lowering your poise by 28 and staggering you, because rolling attacks always stagger. You are now left with 27 poise. He now hits you with a 1H R1 and it now also staggers you because the rolling attack both staggered you AND lowered your poise. If you're wondering how long it would take to regenerate the 8 poise needed to be above 35, it would take 14.3 seconds.

Hopefully I explained everything and didn't forget anything. This next part will go over the methods used to find all of this and how to reproduce my results. Let's first go over how I found the breakpoints. Of course, Cheat Engine was used to monitor and edit my current and maximum poise. I set my current and max poise to 1000 (it can be any number) and then got hit by an attack and recorded the drop in current poise. Because I was put into at least a half stagger my poise did not begin regenerating immediately, so I could record exact poise damage. For finding which attacks need hyper armor frames, I either just walked right after being hit or I casted and held down the cast button for Sacred Oath to lock myself in an animation.

Next let's go over how I found the speed at which poise regenerates. I set my max poise to 100 and then set my current poise to 0.001 and timed how long it took to regenerate, then repeated. The results were both 178.xx seconds. Then I set my max poise to 10,000 and set my current poise to 0.001 and lapped the timer at every 100 poise regenerated until I was at 600 current poise. The results were all 178.xx seconds. I averaged the 8 tests and then divided 100 by the average to get 0.55978 poise per second. After rounding, poise regenerates at 0.56 poise per second. Finally, I will explain how we found which attacks have hyper armor frames. My partner would draw a greatbow arrow and fire it at me just before my attack hit him. We would repeat this until I did not get staggered by a greatarrow, and if we couldn't do it after a long time we determined that that attack did not have hyper armor frames. 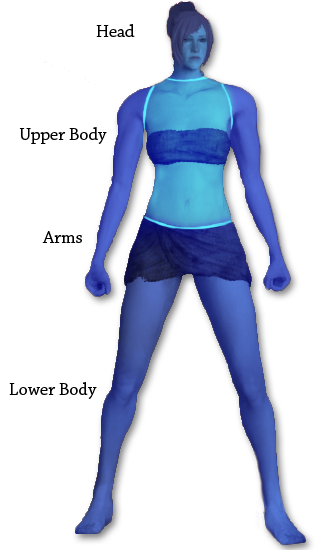