Ducal Spider (Parasite Spider) is an enemy in Dark Souls 2. 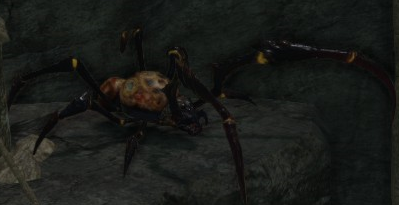 Brightstone Cove was abandoned years ago when the town was suddenly and mysteriously overrun by this parasitic species of giant spider. Many of the residents who were unable to escape were caught by the spiders and became their hosts, doomed to wander mindlessly at the whims of their bloodthirsty masters.