Banedigger (Mounted Overseer) is an enemy in Dark Souls 2. 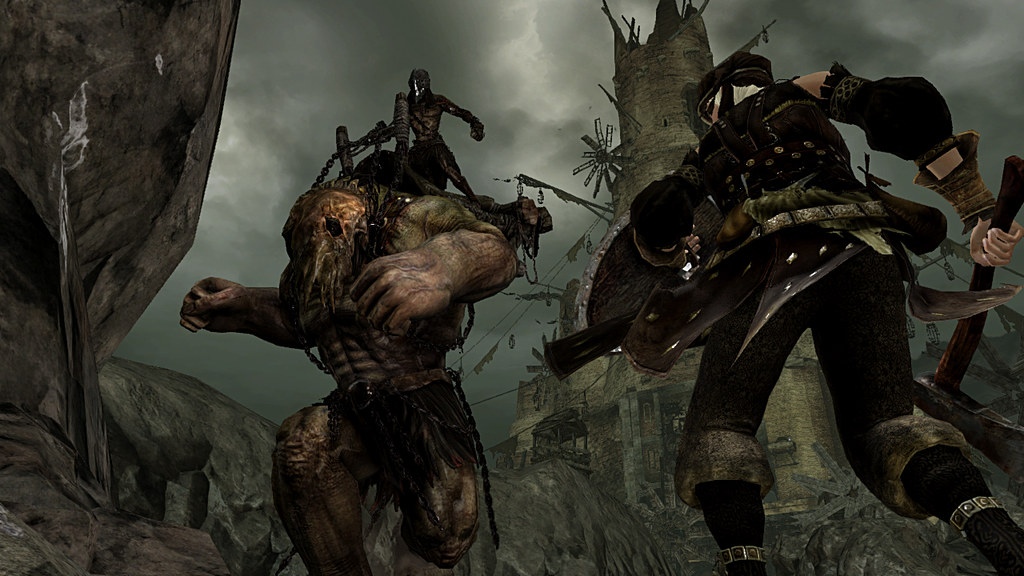 From atop gigantic monstrosoties capable of exerting tremendous amounts of dark power, weak overseers watch over the Laborers of Harvest Valley. The mounts have as much in common with demonic steeds as anything humanoid.

The giant and the rider is counted as a whole piece of entity rather than two seperated entities, generally it shoots a dark orb projectile (but it isn't a hex, therefore cannot be silenced with Profound Still), if you're getting too close, it'll use melee attacks instead, oddly you can use it to break barricades, with the help of Yearn spell.