This page has a basic recommended progression for beginners. Some classes will find skipping some steps or altering the order easier, but this guide is made with the weakest classes in mind. The DLC is marked separately.

Crown of the Sunken King

Crown of the Old Iron King

Crown of the Ivory King 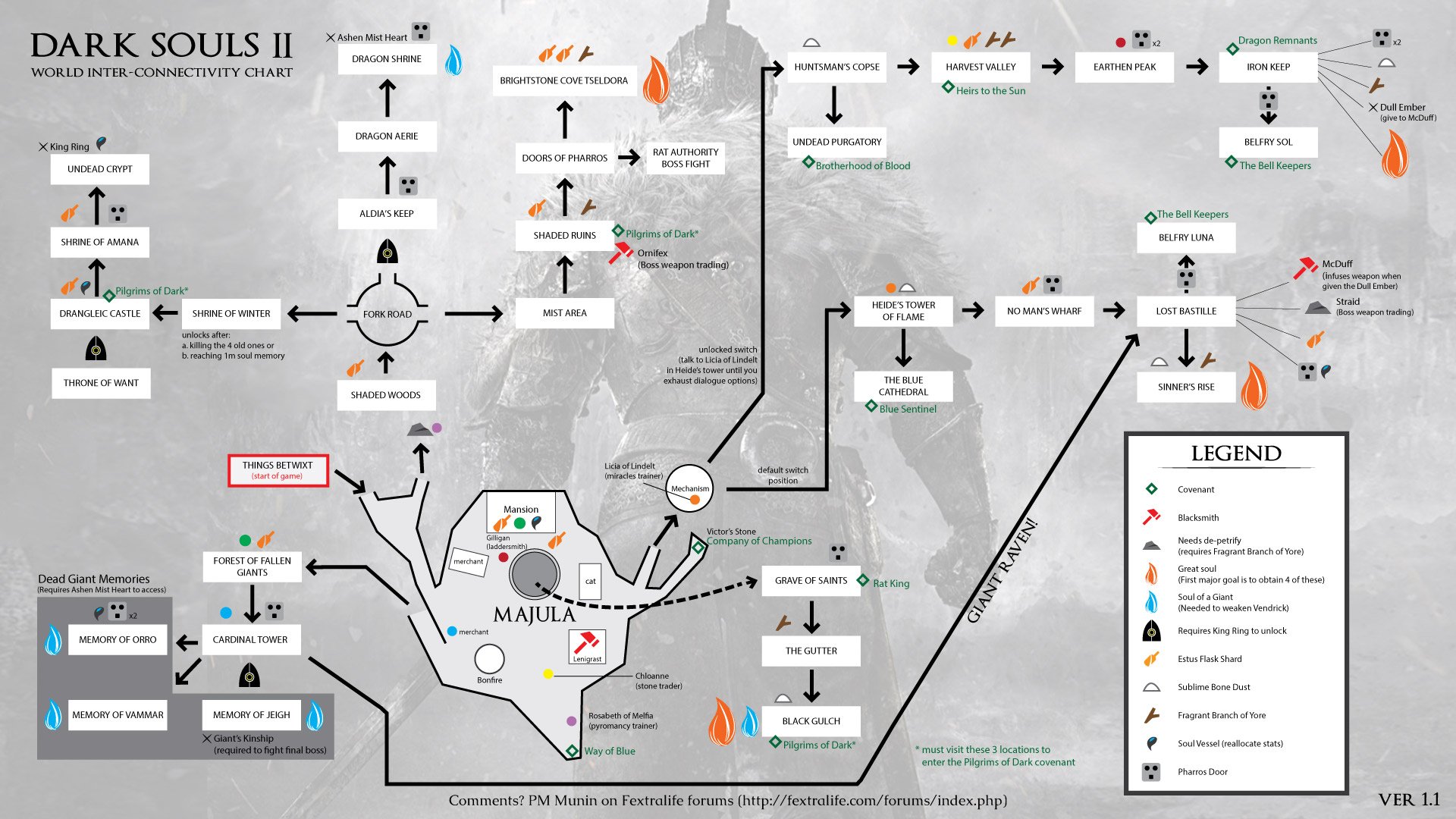 To get to Drangleic Castle as the Emerald Herald asks of you, it is necessary that you collect four Great Souls: The Lost Sinner, Old Iron King, The Rotten and The Duke's Dear Freja. Alternatively you can have a Soul Memory of 1,000,000 souls and be allowed access through the Shrine of Winter Located in Shaded Ruins

Accessing the Shrine of Winter: