Soul Farming is the term used to describe the pursuit of souls to the purpose of increasing one's level or acquiring more items. You may also be interested in Titanite Farming.
With the limited enemy respawn (12), you may find yourself in need of souls and not sure where to get them. Below are some tips on places where soul farming is possible and how to maximize results.
There are a couple of places in DS2 where there is an infinite number of enemy re-spawns where a player can level-up easily, well, with a lot of patience that is.
One location is The Undead Crypt - Undead Ditch bonfire area, and another is Castle Drangleic - King's Gate bonfire area..

Location 2: (Much Slower and more dangerous):

The King's Gate Method - Requires resting at bonfires, slower than first method above:

Each knight nets about 420 souls so x6 gets you around 2,520 souls per run. So patience is really the key. Run to the room, then wack them while they're still re-animating then run back to the bonfire to re-spawn then once more. I've gotten 500k for 2 hours and counting so far. The stone knights also drop Stone Soldier Spear, Llwellyn Shield, and Titanite Slabs as well.
Hope this info helps new and old players alike. Good luck and happy farming!

Forest of the Fallen Giants

Soul Grand Total after Selling excess items:
10,751,150 Souls Per Hour
Hope this helps someone who didn't know how to do this.
NOTE FOR MELEE CHARACTERS:the easiest way to farm the giant as a melee character is to just hug the back of his left leg,strike after every one of his attacks.there are only two attacks you need to be worried about:first,is his stomp attack wich you can easily roll away from and the second attack is when you are circling too slowly and you are in range of his right side,he will try to attack you with his sword backwards.to dodge this attack simply run to the left side of his left foot.
NOTE: A good loop for those with maxed Bonfire Ascetics or who don't need to farm them is to kill the giant Lord at Jeigh and pick up the Ascetic & Twinkling Titanite, then transport to Vammar and pick up the Smooth & Silky Stones & Petrified Something only, then return to Jeigh & Burn the Ascetic. Your Soul Farming will be much more productive, and you will pick up alot of Petrified Dragon Bones from trading your stones & somethings.
NOTE: If the risk of losing souls troubles you, try using multiple Ring of Life Protection. Using 2 or 3 and repairing them is simple and only costs 6000 (for 2) or 9000 (for 3). (Use only 1 per death!) 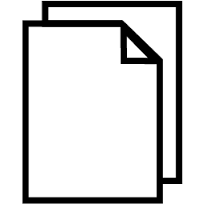