Hush is a Sorcery in Dark Souls 2. To cast a Sorcery, you must use a Staff or Special Weapons that can cast Sorcery.

"A sorcery that facilitates surreptitious activity. Reduces the sound made by its caster.

The eastern land of Mirrah is not only the home of proud knights.There is also a traditional order of shadow knights, who quietly carry out unspeakable tasks."

Given by Crestfallen Saulden for leveling up in Way of Blue Covenant. 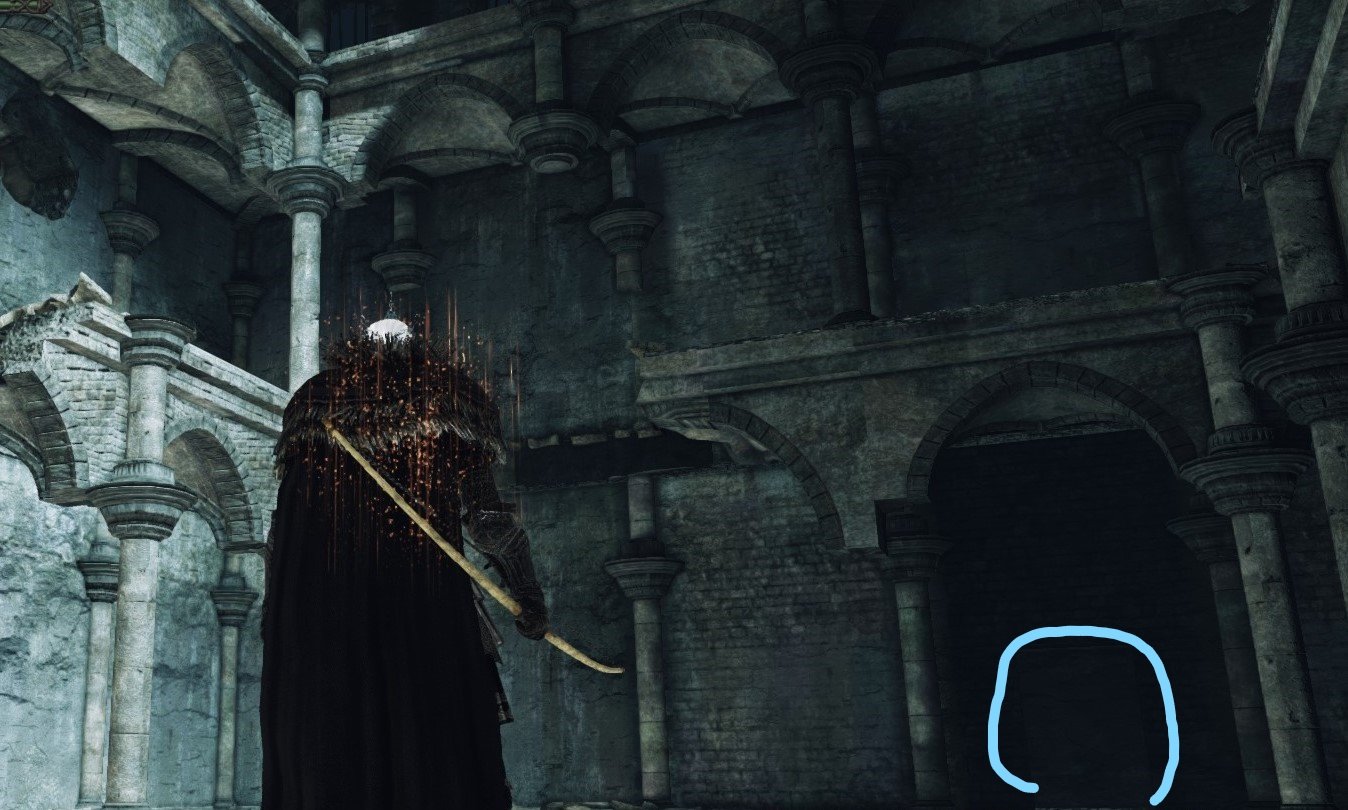 Just push the action button at this wall. 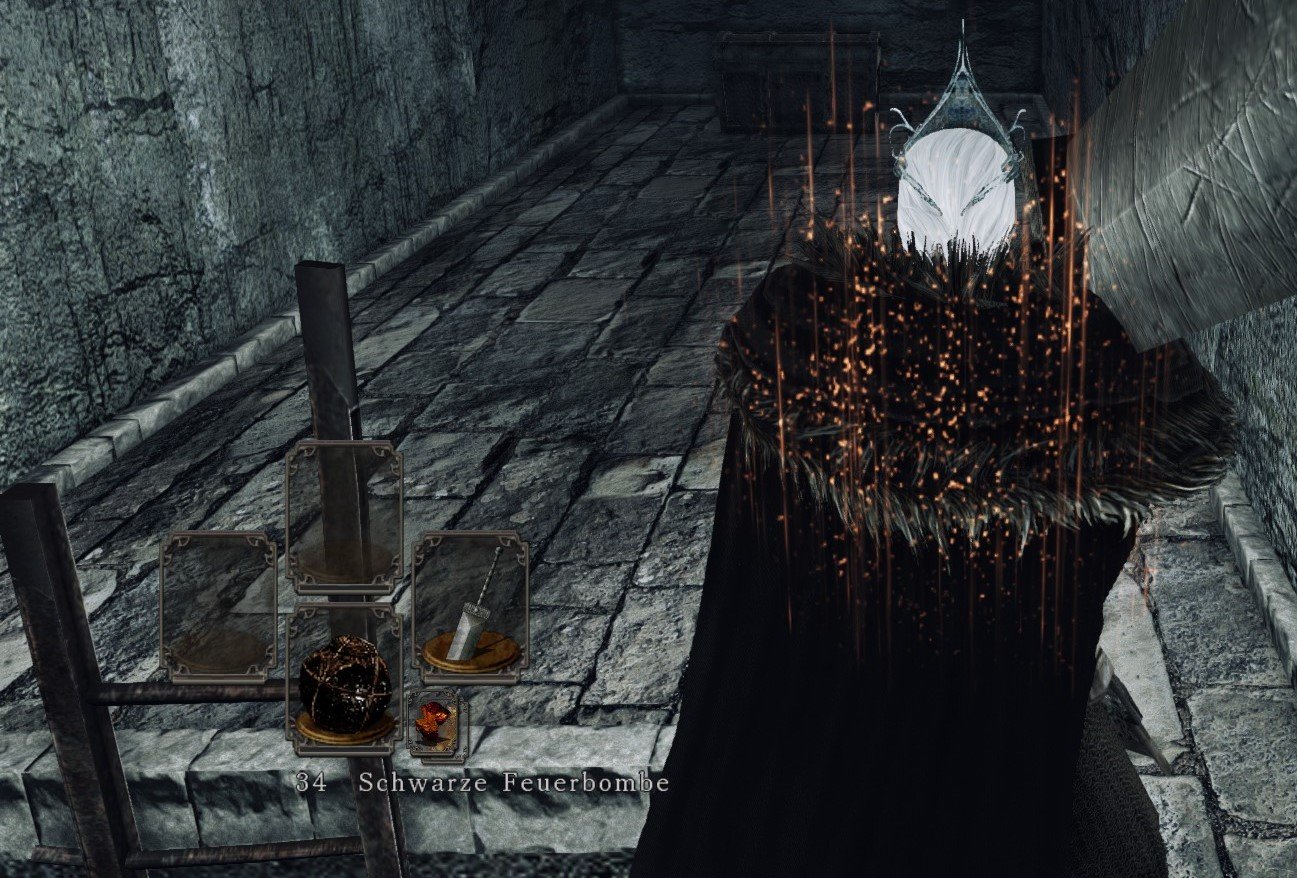