The Old Iron King is an enemy in Dark Souls 2.

Old Iron King is a boss in Dark Souls 2. He takes the form of a giant horned and winged demon, with rivulets of iron pouring from its body. The closest bonfire is near turtles and called Eygil's Idol. Based on the description of the Iron King Hammer, it is possible that the being you fight is not the Old Iron King and instead is Ichorous Earth. However, Crown of the Old Iron King's description can suggest that they are literally one in the same. It can be implied that it was a metamorphosis of the Iron King to Ichorous Earth.

Manhunter O'Harrah (Her summon sign is just before the entrance to the boss battle in the room with the fire and spike wall traps), only in Scholar of the First Sin.

Very intimidating but not as bad as you think, he has very limited ranged attack and the ones that are, are his fire breath that are slow moving. BUT BE VERY CAREFUL up close. He has very strong attacks that are easy to anticipate and if not wary will kill if not at full health. Take it slow, keep your distance, and keep your defenses up until he is done attacking then go in for the kill as he takes his time getting to his feet so to speak. Good Luck. You can do this on your first try.

Use Flash Sweat and Hexer Set. The "lethal" beam did a quarter of my health.

IMPORTANT NOTE: Do NOT attempt to fight this boss with heavy armor.(You can fight him with heavy armor just dont get overloaded) It won't protect you well enough to matter, and it will only slow you down to the point where you can't dodge or outmaneuver his attacks. You should focus on maximizing mobility and attack power instead. You need as much mobility as you can, while having decent defense. Fast rolling is essential for this boss fight.

For casters, I would recommend staying close and dodging his melee attacks. Aside from the 2-handed smash, they're pretty easy to avoid unlike the fire attacks. The single fist smash is merely a roll away. The swipes are only slightly more tricky. If you're close and roll toward the swinging arm, you should have his elbow pass directly over your head. The pattern is sweep then smash or vise versa.

With the fire attacks you also get put on your back and hit multiple times, most likely into the lava. And unlike the melee in the video below, his fire attacks took out 80% of my health most of the time at SL 77 with Hexer's set and a fire resist ring.

For casters (alt). When you come into the arena and he is coming out of the lava, quickly lock on and get a free hit. Then run and hide behind the wall. When you are behind the wall, he will use only two attacks: the fire breath attack and the fire beam. When you get behind the wall, peek out and lock on and hold the lock on. It is then best to stand at the corner of the wall to see what the boss is doing. If it is doing the fire breath attack just stay behind the wall and once it has finished run out and take a shot. The more important attack is the fire beam as it can attack you through the wall. If you aren't at the corner you won't be able to see the attack coming and thus be either hit or knocked back into the lava. When you see the fire beam attack getting set up, roll out of the way. You can then either wait until the attack is finished and take a shot or you can (if suitably placed) get a few shots off. Eventually the boss while go into the lava to reposition. What you then need to do is quickly run over to the far edge and just stand there. The boss will resurface at the far left (in this respect you can manipulate the bosses position) and you again take a quick shot, run back to the wall, rinse and repeat. This makes the fight easier.

All of his melee attacks can be easily dodged, provided your equipment weight is less than 70%. Learn the boss's moves, and attack at the end of his combos when he leaves his arms on the ground. While you might not think it, his fire breath attacks CAN also be dodged through, just mind your timing.

For pure strength builds, as long as you stay below 70% this fight is almost trivial. The trick is to wait in front of the fog wall, dodging his attacks until he comes in close. DO NOT BLOCK any of his attacks unless you absolutely can't dodge. Once he comes close, use your biggest, longest, most damaging weapon,(I used a greatsword +10, took him down in like 12 hits) and walk right, infront of the small pool of lava, trying to bait either his fire breath or melee slam, either way when that happens run right again and wail on him, making sure to stand somewhat farther right during his firebreath to give yourself time to step back after your attack. Rinse and repeat until he dies. 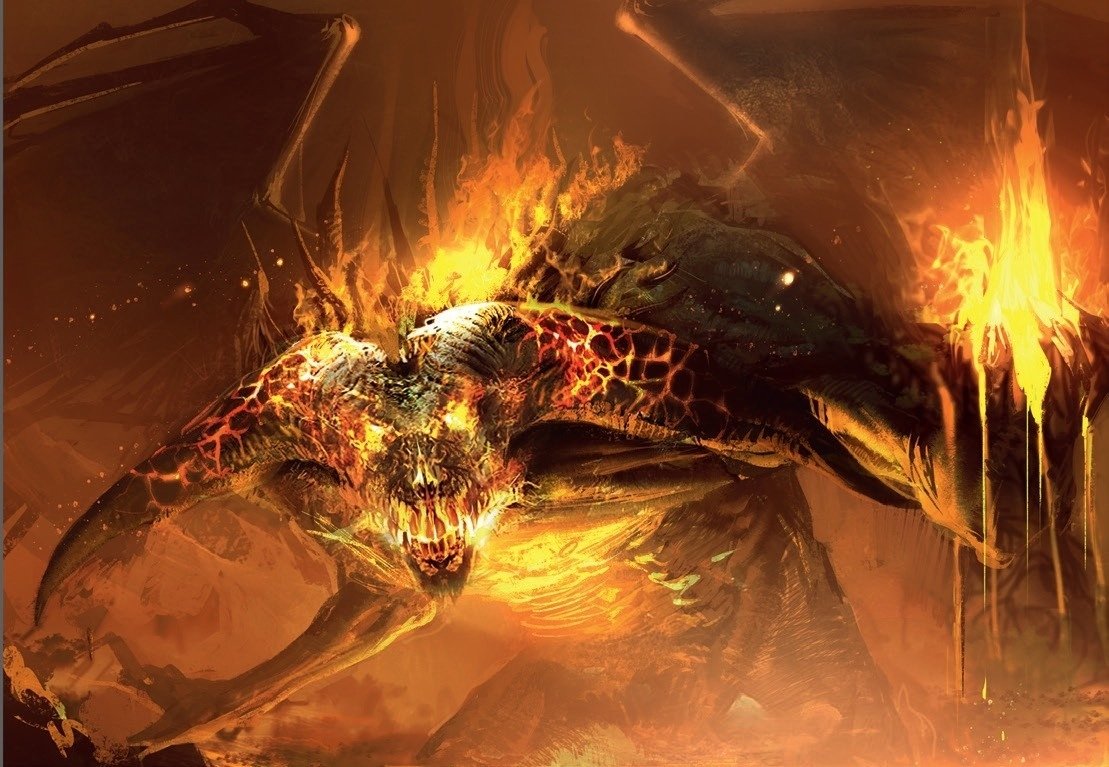