The Prowling Magus and Congregation is an enemy in Dark Souls 2.

Prowling Magus and Congregation is a boss in Dark Souls 2. Perhaps the weakest boss in the game, located in Brightstone Cove Tseldora. Can easily be defeated with a wide-swinging weapon or AoE spell. Take out the Magus and the two undead clerics first, the rest of the Congregation will be child's play. Be sure to go back and summon Benhart of Jugo first if you want to complete his questline.

Benhart of Jugo can be summoned for this encounter, provided the player has exhausted his dialogue outside the Old Akelarre in the Shaded Woods. His summon sign is located in a tent in the village; his tent has an armor stand and a number of crates inside.

The fight's difficulty comes from the large number of enemies in the room. Each individual enemy, however, is weak.
The clerics seem to throw their lightning bolts faster than the sorcerer seems to cast his spells on the player. Since the clerics also cast healing spells on the other enemies in the room, killing them should be a priority.
One strategy is to use a melee weapon with wide swings to hit/stagger multiple foes at once. Alternatively, some Pyromancy spells with large areas of effect, such as Flame Swathe and Firestorm, can end this fight in seconds.
Another possible strategy is to use Holy Water Urns, which you can buy in unlimited quantities from Blue Sentinel Targray in the Cathedral of Blue. You need roughly 10 to deal with this fight (NG).
Note: The Halberd's two-handed strong attack (the whirlwind-like attack) is very good for this fight. Running into the group and performing the strong attack with a decent melee build will nearly kill the Magus (over 50%+ of his health) and deal considerable amounts of damage to the rest of the congregation. (Needs Confirmation.)

Melee
This fight can prove difficult if you allow the congregation hollows to corner you but it can be quite easy if you circle around the room and take out the hollows first, the Magus himself is rather slow and his attacks are easy to dodge from range, the clerics on the otherhand may prove a bit more difficult due to their lightning spear miracle but these can be blocked with a decent shield or you can simply roll out of the way of them. Once the congregation hollows have been handled with its time to take out the Magus and the clerics the Magus is very quick to fall and will leave you with the two clerics who will not prove a challenge up close or vice versa.

Profound Still
If you are able to use profound still this fight is VERY easy as it blocks the 3 main threats in this fight, the casters. Use Profound Still just before entering the room and prioritize the hollows. Refresh Profound Still before it runs out and the fight is won in no time. 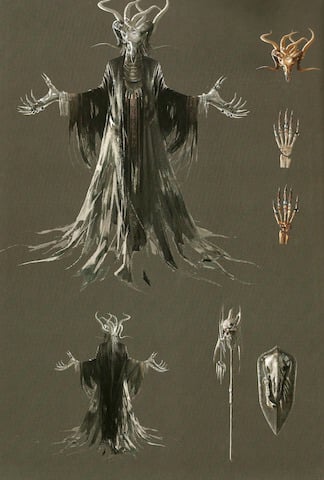 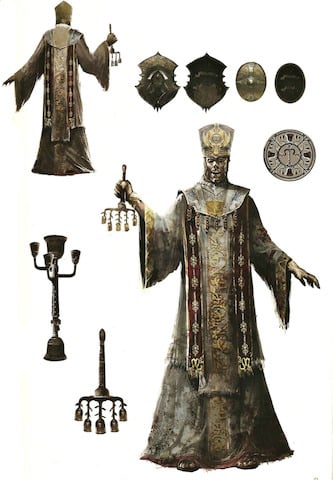 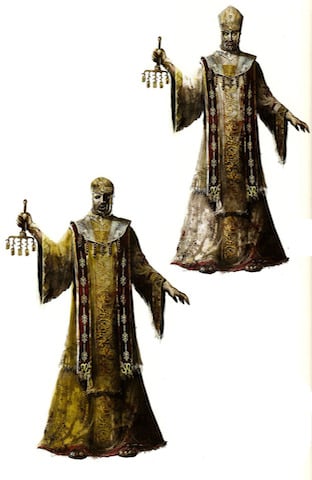