Desert Sorceress is an enemy in Dark Souls 2.

Pyromancers (or fire sorceresses, when using a mirror as catalyst instead of Pyromancy Flame) in red dresses in Earthen Peak. They can be very dangerous if not dealt with fast enough, so it is best to kill them before they can cast too many spells; they use a few different pyromancy spells. They are vulnerable to physical damage but heavily resist elemental damage. Under the hex Profound Still, they'll try to bash you with their mirror instead.

The Desert Sorceresses came from the land of Jugo (Benhart's homeland) and have an enchanting appearance to catch people off guard. They were servants of Mytha before she ingested poison to seek beauty; even at present, they still follow the code of beauty, hiding their heads with hoods and wearing enchanting chestplates. They never hesitate to attack intruders who dare to stop Mytha from seeking beauty.

"The Desert Sorceress of Jugo project a very seductive image, and they use their looks to deceive others. In reality, even many who realized that this a trap fell prey to the Sorceresses' wiles. Perhaps they are part of Mythra's scheme to lure more victims into her web?"
- Dark Souls 2 Collector's Edition Guide

"Desert Sorceresses have enchanting looks, and they use them to catch people off guard... Oddly enough, even those who are perceptive enough to realize the ploy fall prey to their seductions with alarming regularity."
- Desert Sorceress Set description. 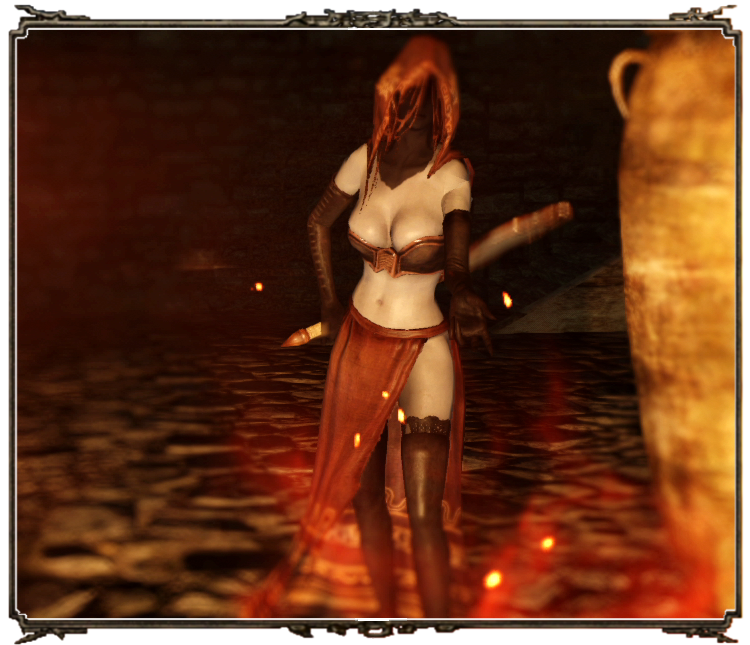